We are as gods and might as well get good at it.

If you say “The social utility of the indeterminate sentence is recognized by all criminologists as a part of our sociological evolution towards a more humane and scientific view of punishment,” you can go on talking like that for hours with hardly a movement of the gray matter inside your skull. But if you begin “I wish Jones to go to gaol and Brown to say when Jones shall come out,” you will discover, with a thrill of horror, that you are obliged to think. 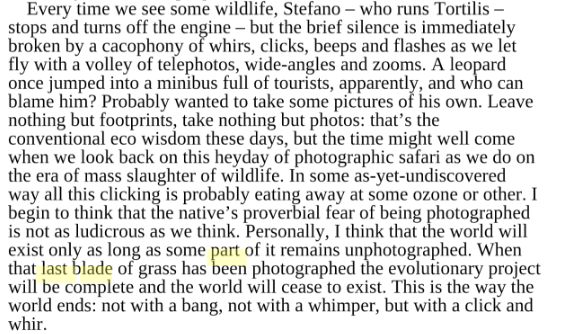 Geoff Dyer - The Ghost and the Darkness: Safari Notes

In the matter of reforming things, as distinct from deforming them, there is one plain and simple principle; a principle which will probably be called a paradox. There exists in such a case a certain institution or law; let us say, for the sake of simplicity, a fence or gate erected across a road. The more modern type of reformer goes gaily up to it and says, “I don’t see the use of this; let us clear it away.” To which the more intelligent type of reformer will do well to answer: “If you don’t see the use of it, I certainly won’t let you clear it away. Go away and think. Then, when you can come back and tell me that you do see the use of it, I may allow you to destroy it.

See also: “In your youth, you look at inefficient systems and think how to trivially fix them. Later, you look at them and wonder what you don’t know”

attention is the rarest and purest form of generosity 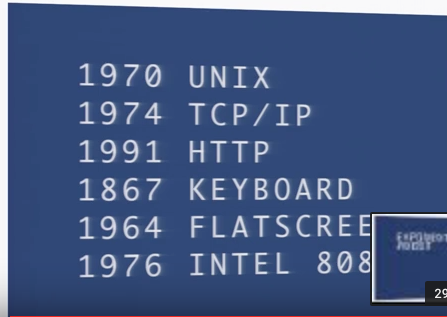 We have built upon technologies that are quite old now.

“Let’s reclaim the web from technologists who tell us that the future they’ve imagined is inevitable, and that our role in it is as consumers.”

“The web we have right now is beautiful. It shatters the tyranny of distance. It opens the libraries of the world to you. It gives you a way to bear witness to people half a world away, in your own words. It is full of cats. We built it by accident, yet already we’re taking it for granted. We should fight to keep it!”