Dubai: The view from above

This video - which contains spectacular aerial images of Dubai but does go on a bit - shows how Dubai has been built with aliens in mind. It’s a city built for the view from space.

It’s nothing like Falcon City, but then what will a city that looks great from space be like to live in? 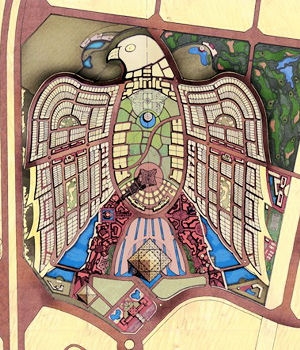